Within days of asserting in a letter to leading US playground manufacturer BigToys that "the use of lead and cadmium to stabilize PVC has declined dramatically in the United States," [1] the Vinyl Institute has publicly defended the industry's use of lead stabilizers in children's lunchboxes. 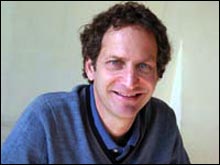 Michael Green, Founder of the

In the summer of 2005, an investigation by the non-profit Center for Environmental Health made national news by exposing the widespread lead contamination found in children's vinyl lunchboxes. A decade earlier in 1996, the Consumer Product Safety Commission (CPSC) found that lead stabilizers in vinyl mini-blinds posed a health hazard to young children. But when the CPSC tested the vinyl lunchboxes for lead content in 2005 they reported "no instances of hazardous levels."

Six months later, after reviewing the CPSC's tests, which at the time were withheld from the public, the federal Food and Drug Administration vindicated the original warning from CEH [link no longer available]. Its notice to lunchbox manufacturers warned that lead was not authorized for use in lunchboxes and could leach into children's food, and advised manufacturers to avoid the use of vinyl (PVC) in the interior of lunchboxes.

Vinyl Institute spokesman Allen Blakey reacted this way: "The CPSC was pretty clear that they did not see a danger in these lunchboxes. The FDA had a slightly different take on it." [link no longer available]

On February 18, 2007 the CPSC test documents from 2005 were obtained by CEH under the Freedom of Information Act. The original documents revealed that in fact the initial findings by the CPSC included instances of much higher levels of lead than were publicly reported—up to 16 times the federal safety standard for lead in paint—and internal memos show that these findings prompted the CPSC to change its testing procedure.

The CPSC's original testing procedure tested for the actual total lead content of the bag. The newly released documents show that one in 5 lunchboxes tested had lead levels above the federal safety level of 600ppm (parts per million), and that samples reached up to 9600ppm. In Connecticut, where the safe threshold is 100 parts per million, the Attorney General called the finding "appalling." [2]

The CPSC revised procedure only involved taking swipes of the surface of the bag and even taking repeated swipes of the same spot, yielding lower amounts with each repetition, and averaging test results in order to reflect a lower risk. Says Michael Green, Executive Director of CEH, "Using an average exposure for lead from lunchboxes is like telling a parent, 'here's a pile of paint chips, and some contain high levels of lead, but many contain very low levels, so it's ok for your child to eat the whole pile, because on average the exposure is low.' It's complete nonsense."

"But basically," argues Vinyl Institute spokesman Allen Blakey, "we have not seen any indication of actual harm from the lunchboxes."

The Vinyl Institute's response is something beyond complete nonsense. But it is, in a nutshell, the approach to materials evaluation that vinyl manufacturers advocate within the green building movement, including the USGBC's 6 year investigation into whether vinyl is a green building material. It is also the basis of the Vinyl Institute's threatening letter to the BigToys company, which took a precautionary approach to PVC, and whose president Tim Madeley said its PVC phase-out was "motivated by a personal moral responsibility to children, and a professional obligation as an industry leader."

The vinyl industry position amounts to this: Vinyl should be considered perfectly healthy and green until someone gets hurt, even when those at risk are our children.

TO TEST YOUR KIDS LUNCHBOX FOR LEAD:

To test your kid's lunch box and other vinyl products for lead, we urge you to follow the instructions provided by the Center for Environmental Health.

As Iraq insurgents continue their use of chlorine gas bombs on innocent civilians, please consider PVC's essential connection to chlorine gas production, storage and transport in the US first discussed by Healthy Building News in April, 2004.