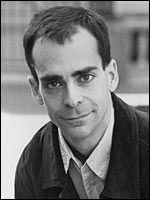 The New York Times [1] reported on April 7, 2006 that Science magazine has published pioneering new research by Dr. Joe Thornton, who also happens to be HBN's science advisor. The new study "for the first time demonstrated the step-by-step progression of how evolution created a new piece of molecular machinery by reusing and modifying existing parts." Thornton is the author of the Healthy Building Network report, "The Environmental Impacts of Polyvinyl Chloride Building Materials" [2], as well as the authoritative text on the environmental health impacts of chlorine chemistry, "Pandora's Poison", published in 2000 by MIT Press and called "one of the most impressive environmental books in recent years" by The Washington Post.

Thornton's research strikes at the core of the so-called "Intelligent Design" theory advanced by creationists to dispute Darwin's theory of evolution. According to an accompanying commentary in Science, the experiments by Thornton and his colleagues "solidly refute all parts of the intelligent design argument" by demonstrating how the tight partnership of hormones and their receptors — a system that appears to be "irreducibly complex" [3] — evolved by Darwinian processes hundreds of millions of years ago." [4]

What does evolution have to do with PVC? Thornton's interest in how hormones function grew out of his earlier environmental research — particularly disruption of the body's hormones and receptors by chlorinated pollutants, many of which are produced during the PVC lifecycle. His evolutionary research continues to have practical implications for scientists studying human receptors that control important aspects of development and disease. For example, one of Thornton's recent discoveries — that estrogen may be the most ancient of steroid hormones — suggests that it must also be the most widely distributed among organisms, and that a very wide range of animals are likely to be affected by estrogen-disrupting pollutants. "Our endocrine system evolved to be incredibly complex and sensitive over hundreds of millions of years. The fact that our society is willfully producing thousands of chemicals that interfere with our hormones is incredibly dangerous and unwise," Thornton said.

Because PVC is a major source of endocrine disrupting chemicals, Thornton continues to lend his support to organizations like the Healthy Building Network that advocate for a PVC phase-out. According to Thornton, "I have long been interested in how scientific knowledge can be used to support policies that protect both natural systems and democratic principles. We are working to help ensure that environmental policies take better account of the complexity and diversity of animal endocrine systems and contribute to long-term reductions in the production and use of persistent toxic chemicals."

Thornton's rising scientific prominence — this year, he received a prestigious award from the National Science Foundation and was named one of twelve Alfred P. Sloan Research Fellows in molecular and computational biology — serves the public interest in two important ways. For over a decade, Thornton's environmental work has been attacked by the scientific mercenaries employed by the chemical and plastics industries; the high-level recognition of his scientific contributions validates his insights and recommendations on environmental issues. More generally, this rising star is a beacon for young scientists who want to put their talents in service to the public interest, and it casts a shadow of shame over scientists for sale — those who continue to pollute the scientific discussion over crucial issues ranging from chemicals policy to global warming.

"To PVC or Not to PVC": Debate Featured in Landscape Architecture Magazine

In the March 2006 edition of Landscape Architecture magazine, Meg Calkins wrote an article, "To PVC or Not to PVC," which surveyed the environmental hazards associated with PVC and offered alternatives for landscape applications. In the article, Calkins reviewed reports demonstrating the hazards of PVC, including the two HBN reports: one written by Joe Thornton, Ph.D., "Environmental Impacts of PVC Building Materials," and the second by Sandra Steingraber, Ph.D., "Update on Environmental Health Impacts of PVC as a Building Material: Evidence from 2000 to 2004." Calkins wrote that the "PVC debate is in full force at the U.S. Green Building Council, as a result of a proposed credit awarded to PVC-free projects, which has been studied by the USGBC since 2002. She made the astute observation that "[T]housands of stakeholders, from industry organizations to designers, are awaiting the outcome of the study, which is sure to have an enormous effect on the PVC and construction industries."

Stay tuned for more on the PVC debate in Landscape Architecture, as it is certain that parties on all sides will submit letters to the editor for the next two editions, at least.

Bill Walsh, Founder of The Healthy Building Network, will be making a presentation on Thursday April 27, 2006 at the EnvironDesign10 conference, scheduled for April 25 - 27, 2006 at the Fairmont Royal York Hotel in Toronto, Canada. Now in its tenth year, EnvironDesign has a proven track record as a pioneering and innovative conference known for consistently raising the bar in an effort to ensure that sustainable design is the defining issue for the 21st century.

[3] Creationists argue that systems in which the function of each part depends on the presence of the other part are "irreducibly complex" and therefore cannot have evolved by the step-by-step processes envisioned by Charles Darwin. Hormones and their receptors — each of which requires the other to affect the body's cells — appear at first glance to be irreducibly complex, but Thornton's group demonstrated the specific set of molecular steps by which they did evolve.