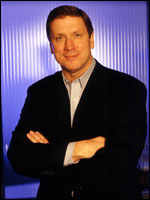 As the comment period on the USGBC's draft report on PVC drew to a close, we invited the Council's President, CEO & Founding Chairman S. Richard Fedrizzi to share his perspective with our readers. We offer it here unedited, along with our own.

Our role and our mission is to help transform the market to better buildings through the collective voice of the building industry. The USGBC consensus process brings everyone - including parties with diametrically opposed and competitive interests to the table that represents the market. And if you think about it Bill...I think we are lucky to finally have a forum for this kind of discussion.

The role of the USGBC never has been to dictate the proverbial "answer", that is not our job. Instead we give the industry the tools, the process, and the forum within which they can arrive at the answer for themselves.

Bill, I truly admire your conviction and dedication to this issue and want to thank you for your enthusiastic participation in this process and for encouraging your readers to engage in the process as well.

Rick, the PVC debate largely proves your point: the USGBC can thrive when divergent, even competitive, interests commit themselves to finding common ground to serve the common good.

Scores of comments filed with the PVC Task Group, from impeccable sources -- LEED accredited engineers, architects and designers, NGOs, scientists, and manufacturers speaking for themselves, not through trade associations -- advance a broad spectrum of interests and viewpoints while echoing two common themes: relentless peer-to-peer criticism of the analysis and conclusions in the draft report, and unambiguous commitment to the USGBC's mission of market transformation through consensus process. [1]

Praise for the draft report is doled out in opposite measure. It comes largely from hired guns defending old school materials and methods that have had no success adapting to the best practices in the green building profession. These interests, like the Vinyl Institute, fear and resist the market transformation that is obviously overtaking their products. They are diametrically opposed to the very mission and goals of the USGBC.

Their hostility to the USGBC is transparent. Among other things, they have formed a rival "organization", the North American Coalition on Green Building, "set up in order to weaken and dilute efforts of the legitimate US Green Building Council."[2]

The only answer sought of the USGBC by those who have its best interests at heart, concerns whose vision and values will define its legacy.

[1] To view a selection of technical and scientific comments directed to the USGBC's PVC Task Group, see HBN's website at http://www.healthybuilding.net/usgbc/tsac.html

[2] An "association" (no bylaws, Board of Directors, budget, staff, website, etc.) of mostly trade associations, set up in order to weaken and dilute efforts of the legitimate US Green Building Council (www.usgbc.org) and their Leadership in Energy & Environmental Design (LEED) green building rating system. http://www.sourcewatch.org/index.php?title=North_American_Coalition_on_Green_Building