No one person can experience everything that happens at Greenbuild, the US Green Building Council's (USGBC) annual conference and exhibition. Last week in Philadelphia, as always, members of the HBN team could be heard in the education sessions, buttonholed on the party circuit, and found faithfully staffing the HBN booth in the Expo Hall. With apologies for its extended length (it was a big conference) and the promise of returning to our brief format next time, here are the perspectives we gained, from A to Z, at Greenbuild 2013!

A. Assa Abloy is at the top, and not just because it's an alphabetical list! The first manufacturer to step forward to help lead the Health Product Declaration initiative last year had lots of company this year.

B. Bank of America's "ladies," the sustainability leaders who made this correspondent feel invited, not intimidated at the Women In Green Power breakfast celebrating their mentor, Alexandra Liftman, and mine, Gail Vittori.

C. Carnegie Fabrics has always been at the top of our list for being PVC-free, and it just keeps getting better. After rolling out a legitimate bio-based Xorel at Neocon, they arrived at Greenbuild with most HPDs of any wall covering manufacturer.

D. The Durst Organization, one of New York City's premier real estate developers has established itself as one of the premier developers of the transparency movement, led by another woman of green power, Amanda Kaminsky, who serves on the HPD Collaborative Executive Committee.

E. Ecovative debuts at Greenbuild announcing a strategic partnership to develop and sell mycelium (a.k.a. mushroom) based insulated sheathing. Keep your eye on this truly "green chemistry" solution that holds the promise of replacing the highly toxic foams we rely upon for high R-value insulation.

F. Flakeboard, the South Carolina-based manufacturer of composite panel products proudly earns the "F" in our review for a new round of full disclosure ingredients in our Pharos Building Products Library. Four Flakeboard entries are now listed as fully disclosed in the Pharos system. Check them out.

I. Innovation. The HPD Collaborative is built on a customer-led innovation model that has been proven to accelerate transformation of industries and provide great benefits for participating manufacturers. "U" will see just how well this can work, below.

K. Kohler. I thought there was no such thing as too much transparency, but the toilet manufacturers proved me wrong! If you visited their, um, "interactive" exhibition, you know exactly what I mean!

L. LEED Fellows. By my count the class of 2013 had a strong contingent of advocates for healthy building strategies going back many years, at least 30% of the class. Too many to name here, so hail Fellows well met on this road to transparency!

M. The Materials and Human Health Summit. A full house of manufacturers and their customers, engaged for a full day, in a full discussion about how to make transparency work in the building industry. If applause is an indicator, everyone seemed to agree with the attendee who took to the microphone to call it the most inspiring event she had ever attended at Greenbuild.

N. New Features / New Filters. We were proud to roll out two important new features in Pharos at Greenbuild – filters that will help subscribers easily identify products that qualify for LEED v. 4 materials credits, and those that do not contain chemicals that cause asthma.

O. The Original Transparency Tool: we are so proud of Pharos, the original transparency tool, and all of our pioneering subscribers who kick started the transparency trend in 2009. You can now find 1300 product evaluations, and over 34,000 chemical evaluations in our database!

P. Prosoco got noticed first for submitting a pile of new HPDs, and then for the best tweet of the conference: "Interface's @mikhaildavis on Red Lists and transparency. Throws his own product under the bus using @HBNKnowBetter"

Q. Not Quite. Mikhail was firmly in the drivers seat. His point, generously illustrated using his own product rather than say, Prosoco's, was that evaluation criteria are inconsistent and will benefit from the standardization that the HPD will bring.

R. Related Companies' Vice President of Sustainability Charlotte Mathews did not mince words of wisdom at her session on how to Capture the Value of Green Buildings, calling for much more reliable information about the products she specs. Said the Texan sitting next to me, "That lady is liquid dynamite. We need her in Houston."

S. Skanska President and CEO Mike McNally got a well-deserved ovation at the leadership awards luncheon for his resignation from the US Chamber of Commerce earlier this year to protest its support of the chemical industry's attacks on LEED. It's well worth another read.

T. Teknion's Kay Sargent got our attention during one late afternoon session with her candid response to the suggestion that HPDs unfairly required manufacturers to reveal proprietary ingredients. Her answer: "That's BS." She went on to add that merely having the ingredient list does not mean that you know how to cook. Thumbs up for brevity!

U. Pharos Power-User . Nancy Hulsey of Dallas-based HKS came by the HBN booth to relate a story that demonstrates the potential for using transparency, and our own Pharos tool, to drive healthy innovation. After HKS identified hazardous content in a product using the Pharos Chemical and Materials Library, the manufacturer was able to substitute many less hazardous ingredients - and thanked their customer for improving the product! That is an example customer-led innovation that the transparency fosters.

V. Vitro Minerals announced the opening of a 40 million pound per year recycled glass powder plant in Jackson, Tenn., capitalizing on consumer demands for healthier filler materials instead of asphalt and fly ash.

W. Wow. The biggest surprise of the week has got to be the overwhelming engagement of product manufacturers with the HPD Collaborative. Nearly 100 companies have indicated that they will participate in the MAP - Manufacturer's Advisory Panel. Double-Wow --even one trade association has stepped forward to express interest in harmonizing their certification protocols with the HPD - Go BIFMA, that's leadership!

XX. Women In Green Power, the breakfast event that was relocated multiple times as attendance soared, may go down as the Waterloo for the chemical industry's war on LEED. Next generation "lioness," Rachel Gutter, Director of USGBC's Center For Green Schools, picked up where her boss left off at last year's keynote, exhorting her "pride" to fight back against the chemical industry's efforts to undo all that has been done to create healthy schools for our children. Incisors were bared, lips smacked, backs arched, as thumbs tapped on phones to register as a USGBC Troublemaker.

XY. If you guys want to know what else goes on at a woman's power breakfast, ask a lioness. I'm not tellin, but I'm sure you too are welcome to sign up and be a troublemaker here.

Z. Zombie-like attacks on LEED by the chemical, plastics and timber industries raged outside the walls of Greenbuild 2013: mindless, unrelenting, and ugly. In World War Z (the movie) a once deadly pathogen is transformed into a vaccine that insulates our heroes from the Zombie attacks, and so it is with transparency. Once lethally feared by so many, transparency is now the fortifying supplement that will rescue this community from the Zombies at the gates. The only real question remaining – who will be portrayed by Brad Pitt in the sequel - World War G? I'm looking at you, Tom Lent. 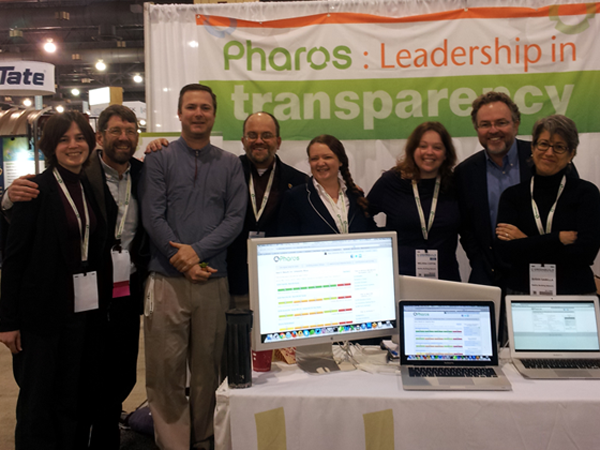