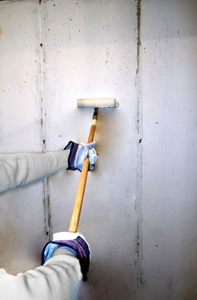 ...that Some Building Products May Expose You to the Chemical Banned from Plastic Bottles?

Everyone has heard the news about the health concerns associated with bisphenol A (BPA) leaching from baby bottles, food can liners and perhaps most famously those distinctive polycarbonate plastic water bottles popularized by Nalgene.[1] Last May, Chicago became the first city in the U.S. to ban the sale of baby bottles and sippy cups made from BPA. Few, however, are aware that BPA is a chemical component of epoxy resins used in a wide range of building materials, typically paints, sealants, adhesives and fillers,[2] that may put manufacturing workers, installers, and building occupants at risk.

Epoxy resins are used in building materials, often listed on a material safety data sheet as a proprietary mixture, without disclosure that the resin is made from BPA. While manufacturers claim that the BPA in epoxy resins is consumed entirely in the production process and does not show up in the final products, scientists investigating the metabolic breakdown of epoxy resins during occupational exposure have found that epoxy resin products can be metabolized in the human body back into BPA and may impact the endocrine and reproductive system of those exposed.[3]

This is a case where government regulation trails the emerging science, and the Precautionary Principle applies. Animal studies have linked this hormone-disrupting chemical to prostate cancer, breast cancer, pre-diabetes (insulin resistance), abnormal fat metabolism, early puberty, and changes in the way the brain develops resulting in behavioral abnormalities.[4] The BPA expert panel from the Center for Evaluation of Human Risks to Reproduction raised concern about BPA in epoxy-based resins, reporting to the National Toxicology Program that, “several studies collectively suggest hormonal effects of bisphenol A exposure, including one in occupationally exposed male workers likely exposed through multiple routes including inhalation…”[5] The NTP’s final monograph states that “a number of studies, when considered together, suggest a possible effect on reproductive hormones, especially in men exposed to higher levels of bisphenol A in the workplace.”[6] Germany has already instituted occupational exposure limits for bisphenol A.[7]

Recent biomonitoring studies have raised concerns about widespread human exposure to BPA. A National Health and Nutrition Examination Survey (NHANES) study found that more than 90% of people in a representative sample of the general population have BPA residues in their urine[8] and that there must be significant non-food exposures to reach such levels.[9]

Some day soon, it is likely that BPA in building products will become subject to greater health and safety regulation. Responsible specifiers do not need to wait for the regulatory system to catch up with the science to protect their clients. Products are available that can replace epoxy-based coatings and adhesives. For example, many paint companies now offer high-performance low-VOC water-based acrylic paints and acrylic-based adhesives for flooring, carpets, and wall covering. Green building professionals should demand that manufacturers disclose whether or not their product is made with BPA and seek out these safer alternatives today. For applications where high-performance BPA-free substitutes are not yet available, the act of asking manufacturer reps for products without bisphenol A is an important step to prod the industry to bring safer high performance alternatives to market.

For a comprehensive discussion of the emerging science on BPA risks, read "Bisphenol A in Building Materials: High Performance Paint Coatings."

[1] BPA is also known as a component of dental sealants, some medical and dental devices, and thermal paper receipts.

[2] Epoxy-based products are used in a wide range of applications including coatings (such as paints, floor sealers and protective coatings), adhesives and fillers (including caulks, grouts, mortars, and putties), fiberglass binders and cement additives. Epoxy resins are also in some wind energy applications, generators and other electronic equipment, industrial tooling applications, and materials used in the art, aerospace and marine industries.

[4] Sarah Janssen, staff scientist for the NRDC, summarizes health concerns and the issue with links to some of the key science on her 7/13/09 blog entry “California is the latest battleground on BPA regulation”. http://switchboard.nrdc.org/blogs/sjanssen/many_of_my_blog_posts.html.

[5] Expert Panel cited in NTP-CERHR Monograph on the Potential Human Reproductive and Developmental Effects of Bisphenol A page 15. http://cerhr.niehs.nih.gov/chemicals/bisphenol/bisphenol.pdf.