LEED Revisions Would “Greatly Diminish” Forests Around the World 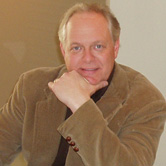 Editor's Note: On September 7, 2008, the US Green Building Council closed its public comment period on proposed revisions to the existing certified wood credit in all LEED® Rating Systems. Reviewing some of the submitted comments, I was struck by the urgency with which so many USGBC members expressed concern that the proposed revisions were fundamentally flawed and actually threatened the transformational impact that the existing LEED credit has had in the market and in the forest. The Cascadia Green Building Council expressed concern that the proposal “will seriously upset progress.” Perkins+Will Architects found that “the revisions will greatly diminish the criteria for certifying forests in the U.S. and around the world.” An alliance of 13 environmental groups voiced similar concerns in their comments, which the Healthy Building Network endorsed.

This level of informed participation by USGBC members and chapters inspired me to contact Doug Pierce of Perkins+Will to learn more about why he made this a priority for himself and his firm. Doug is a LEED AP with over 25 years of experience in sustainable design. He directs the Sustainable Design Initiative at the Minneapolis office of Perkins+Will with green planning responsibilities for over 2 million square feet of LEED projects in the US, India and Sri Lanka. He is a Professor in Practice at the University of Minnesota School of Architecture, a Co-founder of the Mississippi Headwaters Chapter of the USGBC, Chairs the Board of Clean Water Action Minnesota and actively serves on the MTS SMART© sustainable building materials national committee.

BW: Doug, you were a member of the Perkins+Will green team that performed a detailed review of the proposed changes to the LEED credit that rewards the use of wood certified by the Forest Stewardship Council (FSC). Quoting from your comments: The team determined that the USGBC proposal “is substantially lower than the current Forest Stewardship Council (FSC) standard for certified wood, especially in substantive areas.” How so?

DP: The USGBC proposal would lower the current LEED standards that protect old growth forests, discourage clear cutting, and respect aboriginal land and tenure rights. With regard to old growth and clear cutting, the proposal establishes no specific USGBC benchmark standard, which effectively means that LEED credits could be given for weaker certification standards that might be established by timber industry dominated agencies. With regard to aboriginal lands, the USGBC benchmark eliminates the critical protections to indigenous peoples rights and resources that are unique to the FSC.

DP: Yes, that’s a good way to look at it. In fact, we recommended that the USGBC establish a benchmark on carbon storage based upon recommendations from Intergovernmental Panel on Climate Change and the Pew Center on Global Climate Change that would be stronger than the current FSC standard, and aligned with the USGBC’s own climate priorities. A strong Certified Wood Credit is important because the health of our forest eco-systems and their inhabitants is vital to the health of our planet and our civilization. Forests cover 30% of the world’s land area and store over 50% of the world’s carbon. Simply stopping the clear-cutting of tropical rainforests would reduce current worldwide greenhouse gas emissions over 20% and more.

BW: Your team provided superb analysis of a highly technical proposal. At the same time, it seemed that there was an urgency in your efforts and in the comments of others that said to me, this is not about mere technicalities.

DP: True, this was a highly technical exercise, and many of the implications can only be appreciated when you piece together multiple line items. It is also critical that the LEED Certified Wood credit continue to address the three core elements of Sustainability; Environment, Economics and Social Equity. It should embody the Precautionary Principle, require continuous improvement and retain rigorous requirements founded on the best available objective science.

This is the soul of LEED in my opinion. The current proposal makes me quite uncomfortable because if LEED standards are inconsistent with these principles, as these are, we are subjecting the brand to credible charges of Greenwash.

The comments and the excellent spreadsheet developed by Perkins+Will can be found here, along with comments filed by HBN, Cascadia Green Building Council, and 13 environmental organizations.