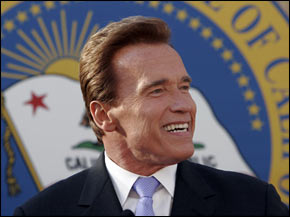 The assertion that phthalate esters, which are used to make vinyl soft and flexible, pose considerable health and environmental hazards, is completely untrue. -- Vinyl Institute Comments to USGBC, November 20, 2000 [1].

"To protect the health of our state's children," California Governor Arnold Schwarzenegger signed legislation on October 14, 2007 prohibiting the use of phthalates (pronounced thall eights) in childcare products designed for babies and children under three years of age. Phthalates are used as plasticizers to soften polyvinyl chloride plastic, also known asPVC or vinyl, including a wide range of building products such as vinyl flooring, wallcovering and upholstery.

Phthalate plasticizers are not chemically bound to PVC. They have been found to leach, migrate or evaporate into indoor air and atmosphere, foodstuff, IV solutions and other materials, etc. Consumer products containing phthalates can result in human exposure through direct contact and use, indirectly through leaching into other products, or general environmental contamination. Humans are exposed through ingestion, inhalation, and dermal exposure during their whole lifetime, starting in the womb. Phthalates come in many different formulas. Most haven't been tested or examined at all for human health impacts. The Consumer Product Safety Commission has noted that one phthalate formula common to certain building materials -- DINP [2] -- is a mixture of up to 100 chemical variants, of which only five have been minimally studied [3]. Others have been found to pose a risk of serious negative health impacts at very low doses.

Phthalates have been shown to have negative effects on human health including, interference with the natural functioning of the hormone system, reproductive and genital defects. Phthalates may lower sperm count and are associated with the risk factors for testicular cancer, as well as early onset of puberty and premature birth.

In June 2005, HBNews discussed recent research findings that the cumulative impact of different phthalates leads to an exponential increase in associated harm, and documenting levels of phthalates found in humans at levels higher than levels shown to cause adverse health effects. A 2007 study concluded that the exposure of children to phthalates exceeds that in adults, warning, "Current human biomonitoring data prove that the tolerable intake of children is exceeded to a considerable degree, in some instances up to 20-fold" [4].

Phthalates have been found in high quantities in studies of household dust. Other studies have documented links between childhood asthma and phthalate exposure from vinyl flooring. Because phthalates are not a volatile organic compound (VOC), however, they are usually not accounted for by indoor air quality standards such as those used to certify green building materials.

California now joins the EU [5] in restricting the use of phthalates in the use of children's products, and many other US states are expected to take up legislation similar to that signed by Governor Schwarzenegger [6].

Like the human carcinogens vinyl chloride and dioxin, phthalates are uniquely associated with PVC [7]. It is this triple threat from PVC that distinguishes it as the worst plastic for environmental health and green building. Regrettably, there are still few restrictions on the use of vinyl in green buildings.

[2] Diisononyl phthalate, a general use vinyl plasticizer. It is the primary plasticizer used in vinyl toys, though it finds many other applications such as garden hoses, shower curtains, vinyl flooring and wall covering. Source: http://www.phthalates.org/glossary.asp [link no longer available]